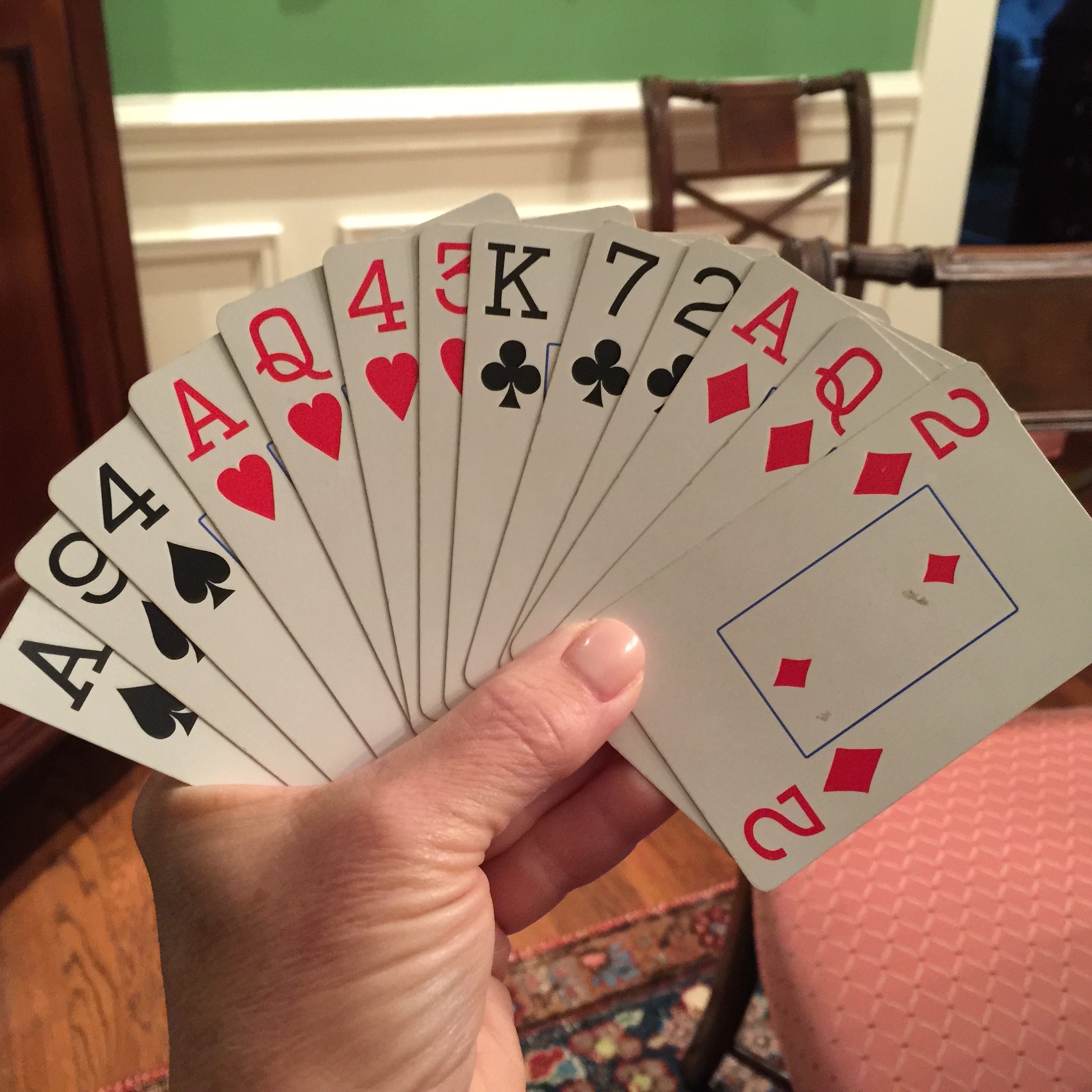 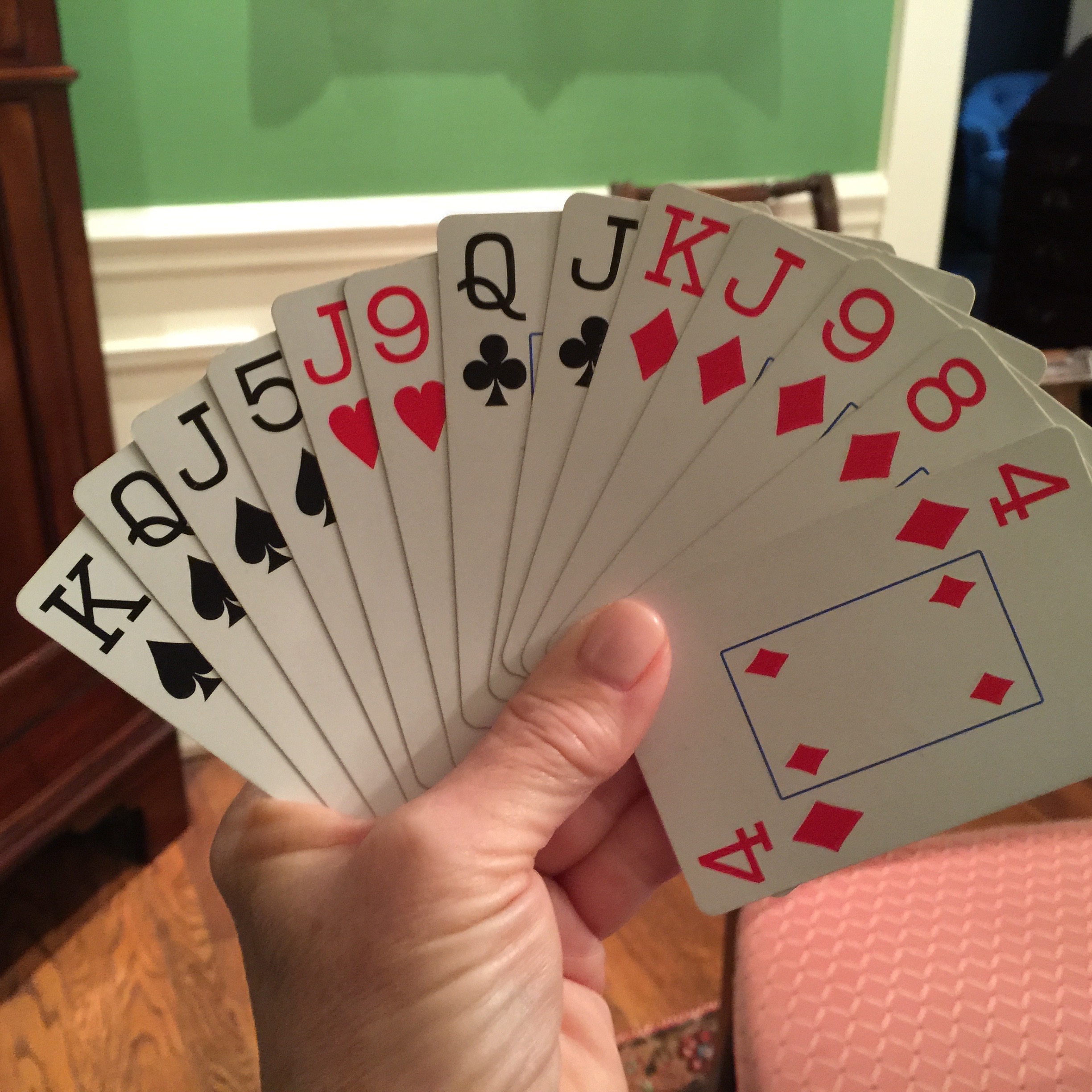 I get a lot of questions asking ‘What should I bid?’, most of those questions involve figuring out how to get more information. In this hand North has a very good hand but doesn’t know how high to go.

Is South balanced or unbalanced? Does South have 12 HCPs or 17 HCPs?

North doesn’t know the answer to any of those questions.

When Responder needs more information the ONLY way to get more information is to make a forcing bid….i.e. bid a new suit. If you play the 2/1 Game Force system then you can bid Fourth Suit Forcing….but even playing standard, just bid a new suit when you have a very strong hand and aren’t sure where…or how high to play.

On this hand, when you bid 2[club] (the unbid suit), South will bid 2[diamond] showing at least five diamonds. This helps North determine that, in addition to at least 31 HCPs, their partnership also has a source of tricks in diamonds.

Standard American players will be forced to bid 4 NT after the 2[diamond] bid since they have no other forcing bids available.

2/1 players will raise diamonds to 3[diamond] to try and elicit more information. On this hand, all roads lead to slam. North should choose 6 NT because he would prefer the lead come towards his [club]K and [heart]AQ rather than through those honor cards (as would happen if they played 6[diamond]).

See more of this technique in Patty’s “Your Bridge to Conventions” book series, Fourth Suit Forcing.