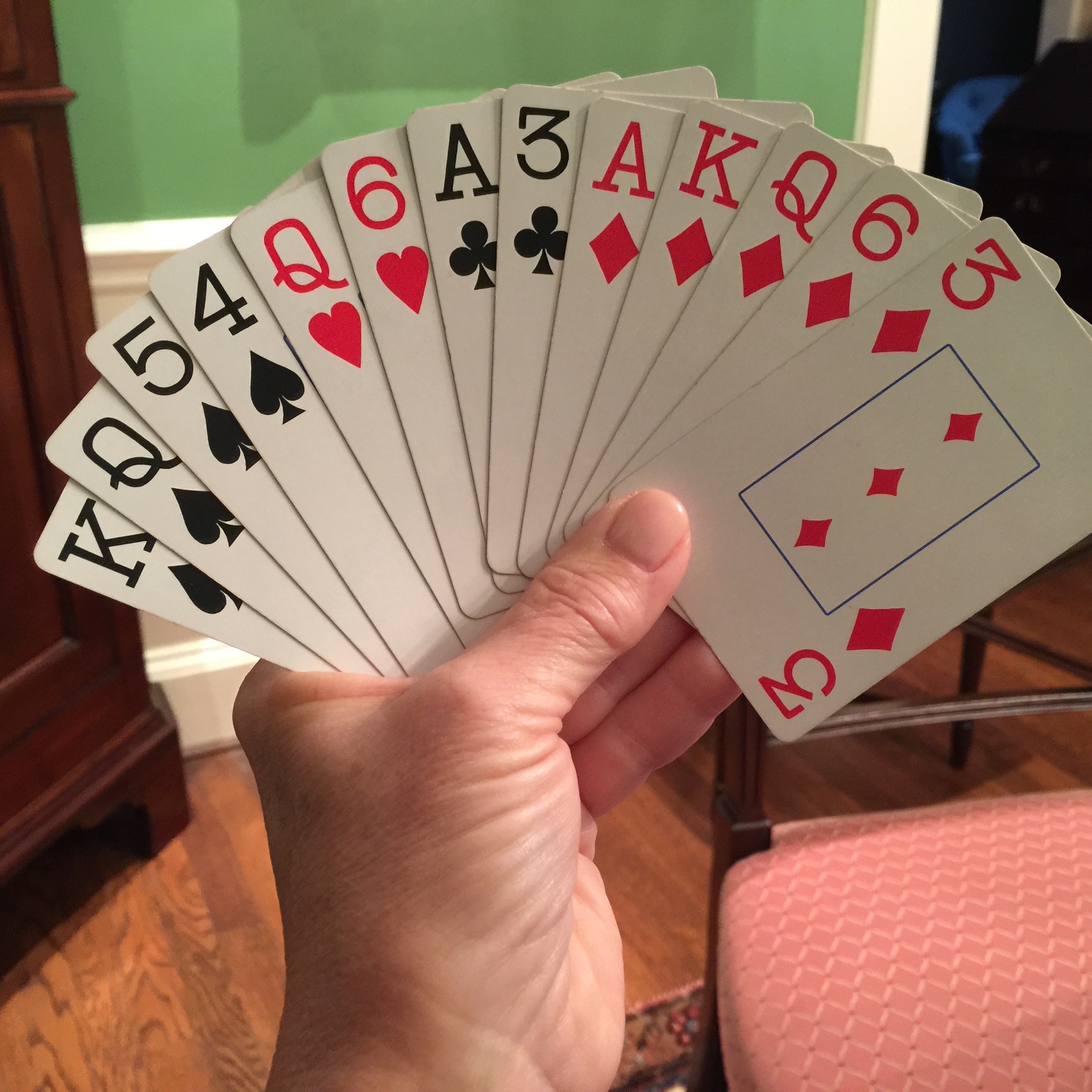 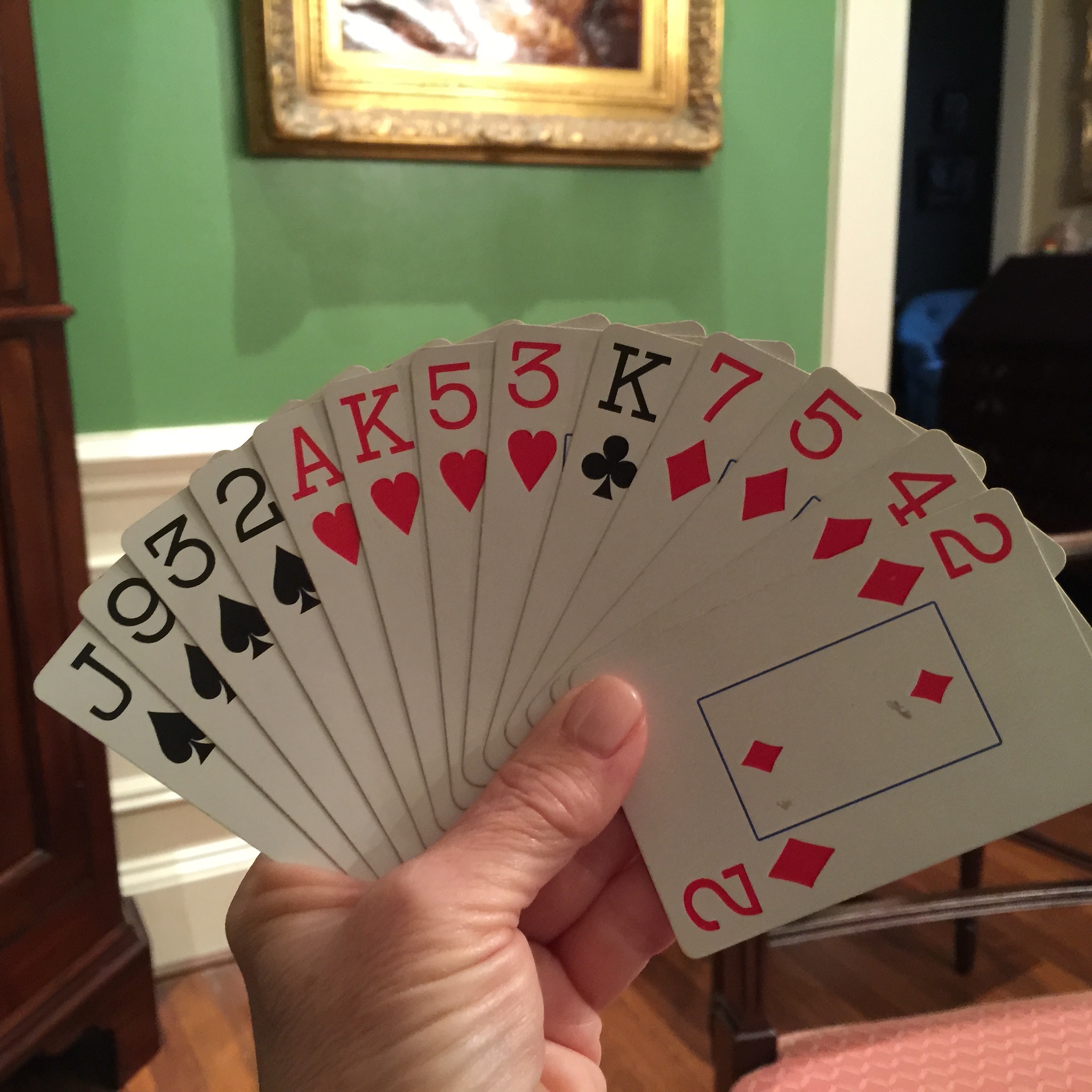 1[diamond] opening bid seems clear to me. Yes, you have 20 HCPs, but you have a distributional hand and need to think about describing your shape as well as your HCPs. South will bid 1[heart] showing 4+ hearts and 6+ HCPs. North now bids 2[spade], a isn’t this actually a reverse? Showing 5 diamonds and 4 spades jump shift, promising 4+ spades, an unbalanced hand and18+HCPs. A Jump Shift creates a game forcing auction so South will raise to 3[spade] showing 4+ spades and extra values. When you are in a game forcing auction and are raising partner, the slower you bid the better your hand. If South held a minimum hand, his bid would have been 4[spade]. North should cuebid the [club]A by bidding 4[club]. South will show the [heart]A by bidding 4[heart]. North can now ask for aces by bidding 4NT. If North had discovered that his partnership held all the aces, he would have asked for kings…thinking that a grand slam might have been possible. With only three aces between their two hands, North settles for 6[spade].

See more of this technique in Patty’s “Strong Hands”.