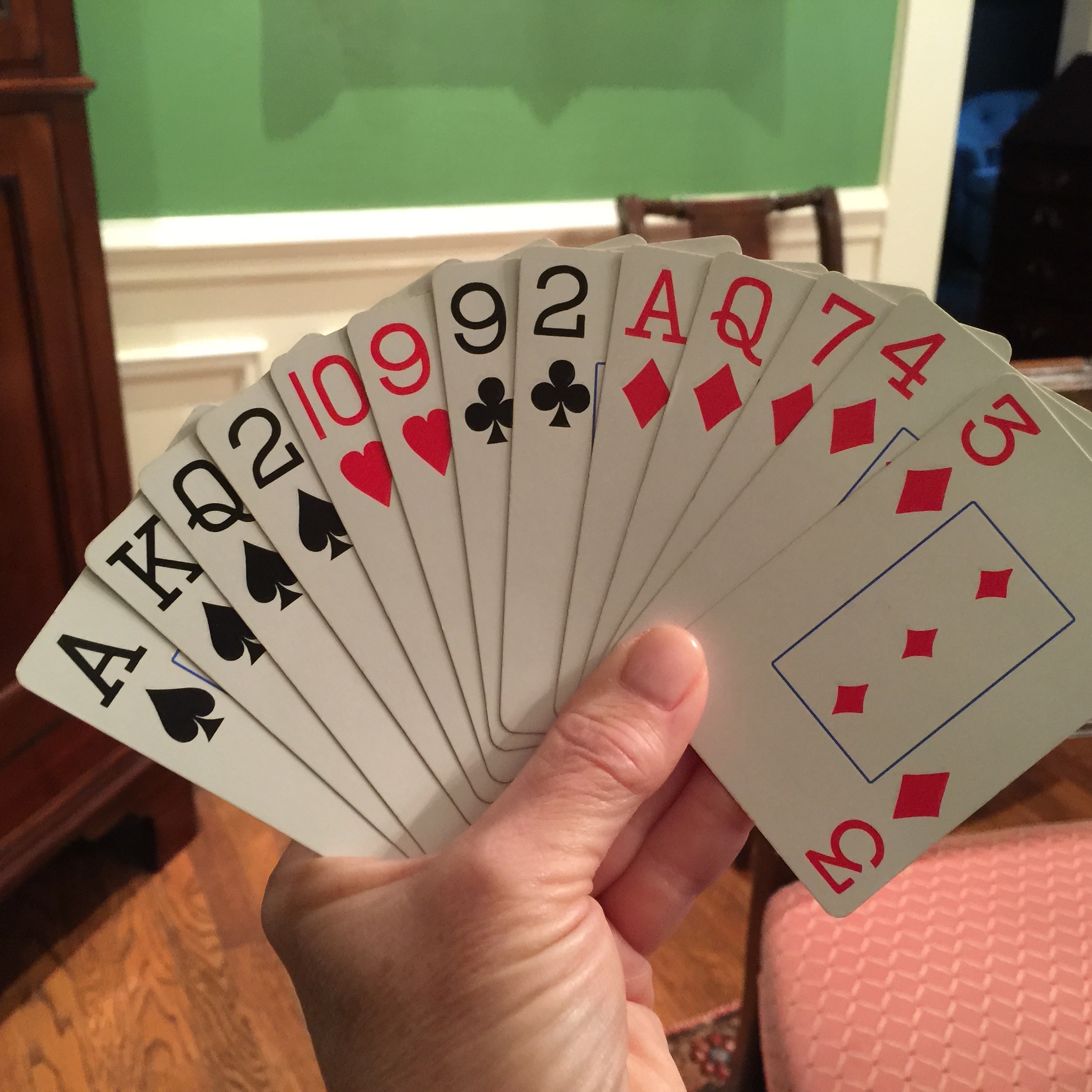 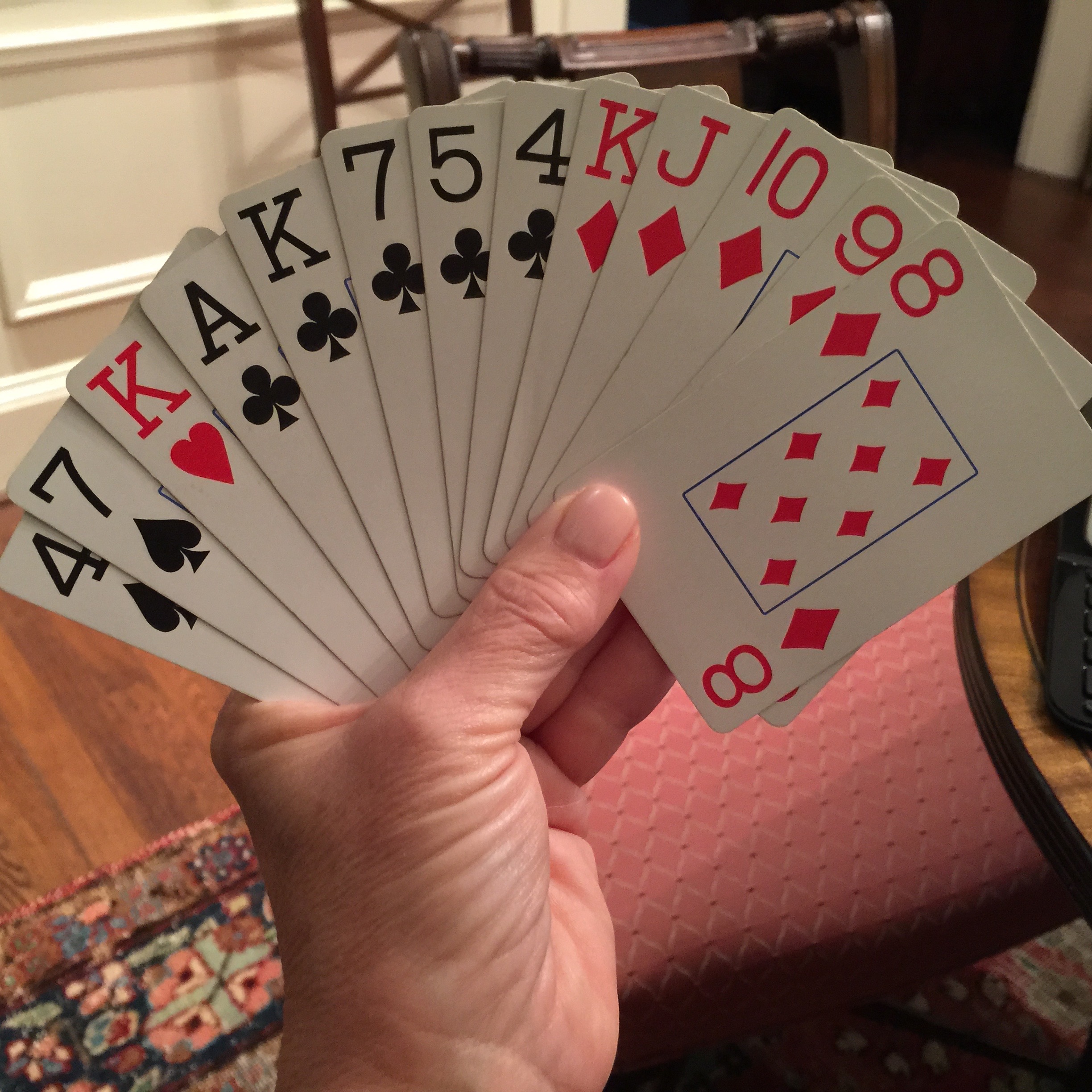 New players will find this hand very difficult…..because you don’t have the tools yet to elicit all the information you need.

South should always bid diamonds and then clubs twice to show his 5/5 shape in the minor suits. If he doesn’t bid the hand in this manner, Responder will never realize his shape. A mistake many players make is in rebidding their original suit to show more cards, instead of giving partner more information about two suits when they introduce a second suit. When South opens 1[diamond] it’s true he only promises three diamonds, but when South rebids 2 [club]….know he is showing more diamonds than he promised at his first bid and clubs. Two pieces of information instead of just one piece.

After the 2 [club] bid, North needs more information. South has shown his shape, but his points are still unknown (except that he holds 12-17 HCPs). North’s ONLY way to get more information is by bidding a new suit.

After the new suit, South has an opportunity to show his at least 5/5 distribution by bidding 3[club]. Since South has promised four clubs, but opened 1[diamond], South must have 4+ diamonds. When South bids clubs the second time, promising 5+ clubs, then since South opened diamonds instead of clubs, South must have 5+ diamonds.

Standard American players will be forced to jump to game in diamonds at this point.

See more of this technique in Patty’s “Your Bridge to Conventions” book series, Fourth Suit Forcing.